We all need help learning the stars.... until the current generation, this help came from books or friends
now we have software that not only maps the sky on our computer screens... but lets us take rides in space and see the view from up there also !

In the screen captures below.... I was careful to set everything identical in both our feature programs.... the identical stars are marked "a" through "f"... and the star "Wesen" (a second magnitude star in Canis Major) is in the center of both screen shots 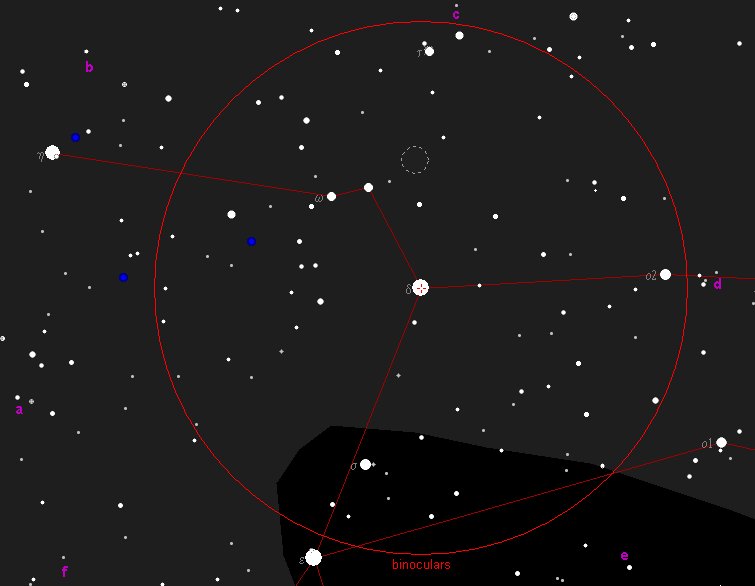 It is my suggestion that beginning astronomers select Starry Night Pro as the photo-realistic behaviour of this software more closely matches what is seen with the eyes.... (and through telescopes... as the software progessively reveals dimmer stars as it is zoomed in).

The Sky undoubtedly has more raw data on the objects (in the Level 4 version).... but as an astronomical learning tool if falls short and I would not recommend it for beginners.